In less than 24 hours the CDC pulled a recommendation about the monkeypox outbreak because quite frankly it was a political stunt.

Health officials overseas have confirmed that the small global outbreak of monkeypox occurred at two large pride events one of which drew at least 80,000 people.

Madrid authorities have been working on tracing the cases mainly from a single outbreak in a sauna, regional health chief Enrique Ruiz Escudero told reporters on Friday. The word sauna is used in Spain to describe establishments popular with gay men looking for sex rather than just a bathhouse.

“The Public Health Department will carry out an even more detailed analysis… to control contagion, cut the chains of transmission and try to mitigate the transmission of this virus as much as possible,” Escudero added.

According to multiple reports from news agencies and health officials, the monkeypox virus is mainly spread via skin-to-skin contact and the exchanging of bodily fluids. In a few cases, water droplets from kissing can also help spread the virus.

On June 6, 2022, the CDC changed its website around 1:00 pm raising the alert level of monkeypox to level two, and demanding people wear masks to stop the spread. By 3:00 am June 7, 2022, the suggestion to wear masks was deleted.

Below are screenshots from the CDC’s website, you’ll notice in the first image there is a bullet point recommending the use of masks while traveling. You can click here to use the Wayback internet archive tool to see the changes yourself. 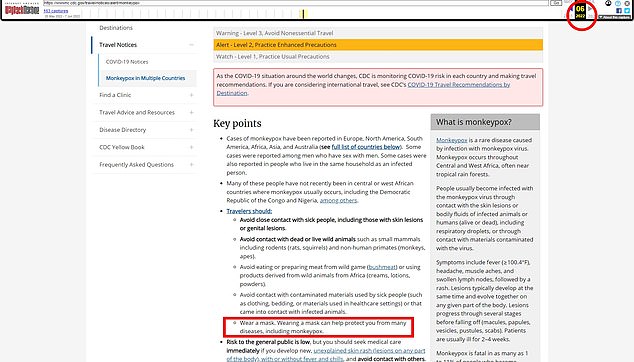 Below is a current screenshot of the CDC’s website, notice there is no mention of mask use: 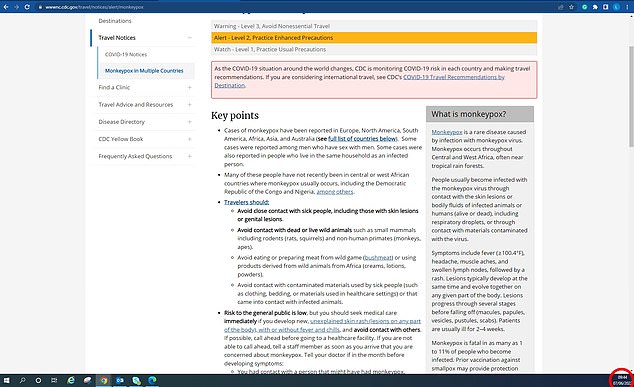 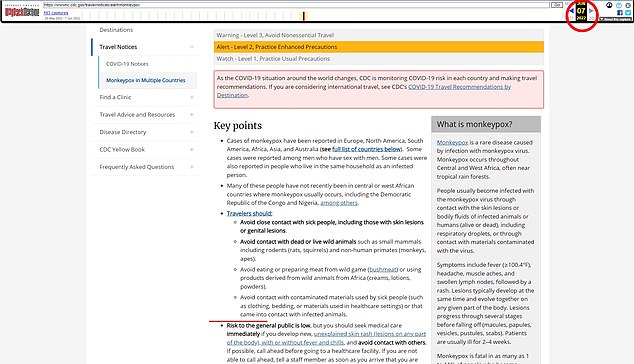 So far there are 31 cases of monkeypox in the United States since the outbreak started in May of 2022. New York City has the most cases followed by California which has six.